Lion-Peugeot is a formerly independent French auto-maker. It is the name under which in 1906 Robert Peugeot and his two brothers, independently of the established Peugeot car business, began to produce automobiles at Beaulieu near Valentigney. In 1910 the two family auto-makers Automobiles Peugeot and Lion-Peugeot merged to form the business Société des Automobiles et Cycles Peugeot, but the merged business continued to use the Lion-Peugeot name for smaller models inherited from the formerly independent business until 1916.

Sort by:
Best sellers Relevance Name, A to Z Name, Z to A Price, low to high Price, high to low
Showing 1-2 of 2 item(s) 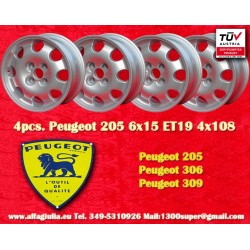